Object of the Society

The object of this Society shall be to assist and encourage the preservation of records and historic sites associated with our native and immigrant American ancestors; to cherish the memory of those native and immigrant Americans who waged war and/or committed other acts of hostility together or one against the other in defense of their people’s freedom, liberty and ideals; to strengthen fellowship and to encourage cooperation between descendants of native and immigrant Americans; to foster, in a spirit of patriotism, the support and endorsement of all treaties and laws made and agreed upon between the state and federal governments and the several tribes, bands, and nations of Native Americans; to publish a lineage book of the names and ancestral data of members of the Society, and original materials relating to this aspect of American history and promote and support worthy programs and projects of educational benefit to Native American Indians. 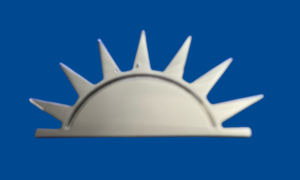 Welcome to the Continental Society website. CSDIW was organized in Atlanta, Georgia in 1988.  Our organization is comprised of women who are citizens of either the United States of America, The Dominion of Canada, or Mexico,  who are not less than sixteen years of age and is the lineal descendant of a Native American or Immigrant American ancestor who participated in any capacity, such as Passive Service, or in actual hostilities, one against the other, during the period May 14, 1607 to 1900. Acceptable service is listed on the Membership page of this website.

My project will support UNITY – United National Indian Tribal Youth with emphasis on the individual Tribal Youth groups in various states. My fundraising pin is the Rising Sun which means ‘constancy’. My hope for continued unity and peace of our Society.

We encourage the membership of descendants of Native Americans.  If you are a direct descendant of a Native American, you will be recognized with a certificate and the opportunity to purchase our new insignia teepee pin that can be worn on your official ribbon.

“Our Handclasp of Friendship Shall Endure.”